The Drums of War

The King has fled London with the drums of war ringing in his ears.

Across the country, lines are being drawn and armies raised.

Soon Thomas faces double-dealing in his hunt for a lethal hoard of gunpowder hidden on the river, while Elizabeth engages in a race against time to locate a hidden sniper picking off Parliamentary officers at will in the city.

The capital also witnesses a vicious gang of jewel thieves take advantage of the city’s chaos to go on the rampage, smashing homes and shops, leaving a trail of destruction in their wake. They hand pick their targets but refrain from selling any of their loot. There are more questions than answers.

When war finally erupts, Elizabeth is caught in the brutalising carnage of Edgehill while Thomas joins the Trained Bands in their defence of the city. As he mans the barricades at Brentford, in a desperate rearguard action to repel Prince Rupert’s surprise attack, he realises the future of London rests in the hands of him and a few hundred troopers.

Meanwhile, Elizabeth believes she has identified the jewel thief and goes underground to trace his hoard.

But all is not as it seems. 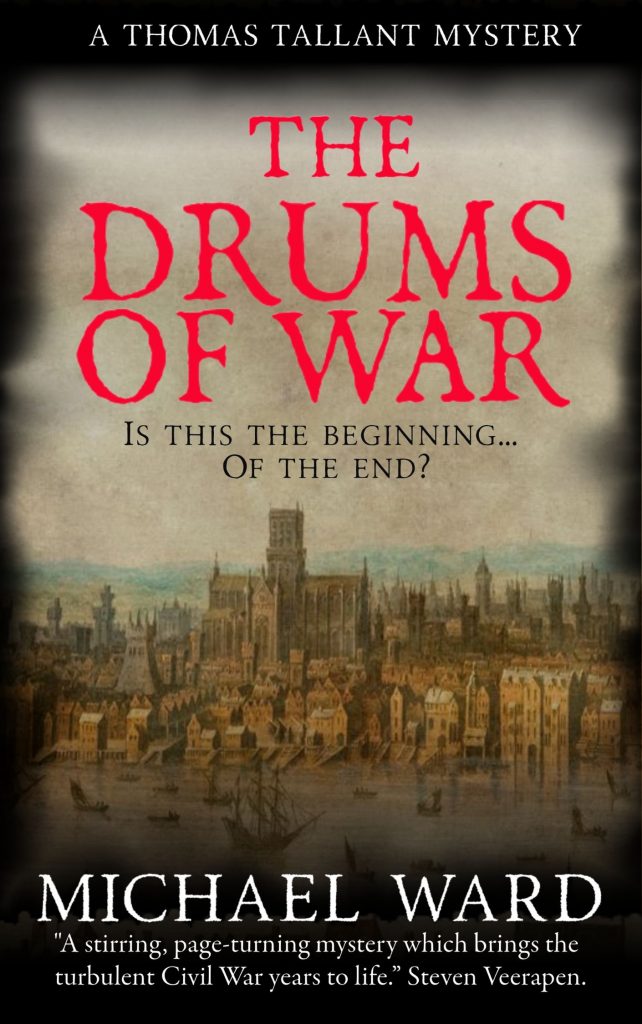 Buy on Amazon UK
Buy on Amazon US
'Excellent read with twists and turns and skilfully blended fact and fiction.'
Amazon review 5*
'I was excited to return to London in the mid 17th century.'
Lizanne Lloyd
'Amazing characters; intriguing drama.'
Amazon 5* review
Previous
Next